What Attraction Marketers Can Learn from the Mighty Avocado Sometimes the most pressing marketing lessons come from the unlikeliest of sources.

Case in point: the mighty avocado 🥑🥑🥑

Famed as the “superfood” behind foodie fads like avocado toast, people can’t seem to get enough of the stuff.

Demand for avocados experienced an unprecedented spike within the past five years, with Americans eating well over 4 billion annually.

People are so gaga over this beloved berry (yes, it’s a berry) that…

Our little green obsession has even resulted in bouts of self-inflicted violence! The phenomenon of “avocado hand” is a widespread problem across emergency rooms across the country, with people so eager to cut around the pit they accidentally slice the tendons (sometimes quite seriously) in their thumbs in the process.

Equal parts gross-out and anxiety-producing, but telling in terms of how much people are willing to suffer for their favorite foods.

And hey, who can blame them?

Avocados are, after all, delicious!

Once “foreign” and unappetizingly called an “alligator pear”; now a newfound staple of the American diet, it’s hard to imagine a culinary world without them.

Yet that’s exactly why avocados are so fascinating.

Because from an evolutionary perspective, they almost didn’t make it. …is indeed a fascinating one.

And as you'll soon see, it’s a brilliant illustration of how marketers can make themselves more resilient in times of turmoil.

In fact, I’d wager to say that the avocado teaches us one of the most vital yet overlooked lessons for marketers today.

Yep, the more you can implement the “avocado strategy” in your business, the more prospects, leads, and customers you'll attract, and the more able you'll be able to create passive income you can legitimately count on continuing to produce results, even if you need to step away and enjoy a bit of well-earned freedom to enjoy the fruits of your labor.

To set the stage, we’re going to have to go back.

Tens of thousands of years ago.

How avocados beat the odds First, a quick biology lesson courtesy of The Ghosts of Evolution, a fascinating book by Connie Barlow.

You see, most fruits with seeds manage to survive because they’re attractive, sweet and are appealing to animals.

When the mammals and birds eat the fruit in question, they wind up spreading the seeds around, which results in, you guessed it, more trees and more fruit.

Imagine fruit going “viral,” if you will.

During the era of the final Ice Age, we had some impressive animals roaming the earth known as “megafauna.”

These animals had the uncanny ability to gobble up avocados in a single bite.

I mean, the giant sloth in particular was as big as a UPS truck!

These guys were doing a number on the avocado population while also spreading it around.

That is, until humans showed up on their turf.

These nomadic hunter-gatherers decided to start feasting on our megafauna friends, and soon the giant avocado hunters became the hunted.

Luckily for the avocado, our ancestors made a fascinating discovery 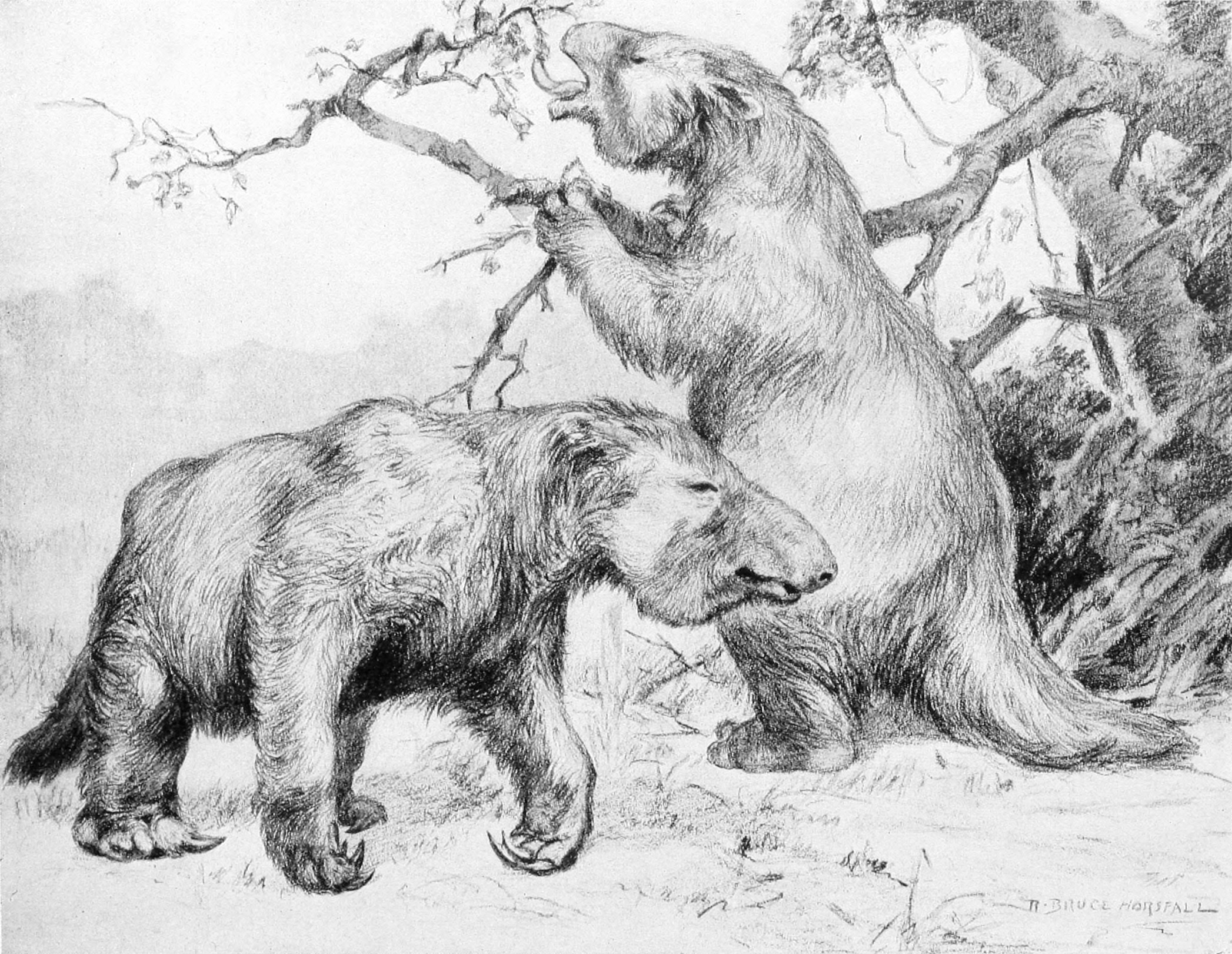 They were actually pretty tasty.

Humans began cultivating the avocado so its creamy, buttery deliciousness could be enjoyed for generations to come.

So in the end, we can take credit for the longevity of the avocado.

But the berry’s survival-of-the-fittest story isn’t one to be taken lightly.

Not only did the avocado manage to stand out from other fruits of the time, but also thrive despite a seismic shift in the food chain, with its eventual masters hunting down its original predators.

The resilience of the avocado might be amusing, yet it's something that marketers shouldn’t take lightly.

In a day and age where many businesses indeed go under and entrepreneurial dreams fall flat, we could all use a lesson in resilience.

A serious marketing lesson from a bland berry When your building your business, you need to focus on the long-term.

And focusing on the long-term meaning finding ways to survive.

Much like how the megafauna found ill company with the newly-arrived human hunters, the landscape of doing business is relentless and can evolve in a moment’s notice.

So how do you survive crowded competition and ever-changing means of marketing?

Survival means having a strategy.

Look at the avocado.

It didn’t survive by chance: it was delicious on its own.

Attracting an audience and attention by making your marking valuable will lead you more long-term results than chasing the latest shortcuts and “hacks.”

Here at Elite Marketing Pro talk about this all the time, but it really can’t be stressed enough.

Marketers must focus on strategy, not tactics! Many of us, even those of us who’ve been marketing for years, have trouble separating strategy from tactics.

After all, sometimes the lines get blurred.

Social media is essential to our businesses, right?

But even so, all these platforms are just tactics.

And tactics are fleeting.

Sooner or later “the next big thing” for will pop up

And we’ll all migrate accordingly.

Sure, you need to know the tactics of the day.

There’s no denying that.

That’s not what’s going to build your business for the long-term, though.

Instead, you’re going to need to focus on the principles that set the groundwork for a strategy.

Because I’m guessing you want to build a business that you don’t have to reinvent next year, right?

And if you answered “yes,” your head is definitely in the right place. 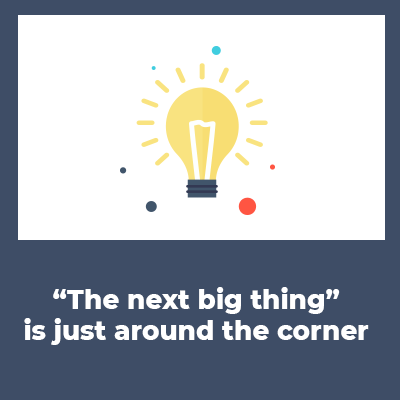 Let’s briefly talk break down some specific examples of tactics versus strategy.

In the not-so-distant past, let’s say about a decade ago, everything in the marketing world of centered around Google AdWords.

These days, not so much.

A long time ago AOL was a thing.

Then there was Friendster.

And then five years or so ago, Facebook absolutely blew up.

New features such as Facebook Live provide a compelling avenue for you to grow your audience, one that we at EMP absolutely love (as evidenced by our “Daily Dose of Awesome” series).

There’s also Facebook’s insanely robust ad platform, which pretty much lets you laser-target your prospects to the most drilled-down details.

Personally, I love Facebook. It's an unparalleled tool in your marketing arsenal.

I certainly don’t think it’s going away anytime too soon.

But let’s be honest… 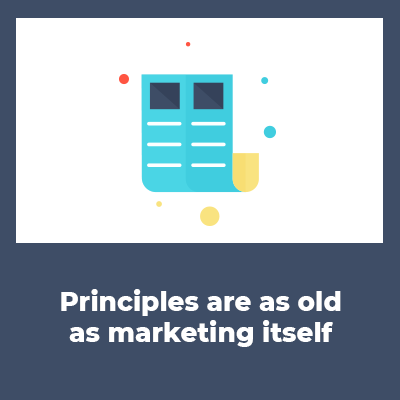 The interface has been reinvented more times that we can count.

The ad platform, too.

Oh, and of course there’s the algorithm shifts that cause us to bang our heads against the wall as we’re constantly stuck asking questions about our organic reach.

We learn tactics and then we relearn them.

It’s the nature of marketing.

That said, it’s much more prudent for marketers to focus on that which doesn’t change.

The stuff that helps you formulate a long-term business strategy.

Let’s dive into that for a moment.

How to sow the seeds of a strategy-driven business

Okay, so what do you need to know to formulate a smart business strategy that can survive the tactics that come and go?

Think about skills such as copywriting, persuasion, and direct response.

These principles, in some way, shape or form, have been around as long as marketing itself.

And they’re not going anywhere, either.

I’m obsessed with the classics texts of copywriting, not only because the information is so rich, but also because the old-school principles still work brilliantly today.

And sure, back in the day they were working with “snail mail” while we’re hustling on social media.

Yet skills such as knowing how to tap into your prospects’ desires are truly timeless.

That’s just it, though: it’s the tactics that change, not the strategies.

Nearly 120 years ago, tire giants at Michelin began publishing a free guide to automobiles in France which detailed everything from car maintenance tips to where you could find a petrol station.

The now-famous Michelin guide only became a worldwide phenomenon AFTER its founders began charging a premium for it.

We do it now through blog posts, emails, and Facebook Lives, but those old-school principles live on.

While the mediums may change, the concept of producing valuable content, sharing tips and building your prospect list are all here to stay.

When in doubt, BE the avocado 🥑

When you focus on providing that oh-so-sweet value that attracts prospects, that’s the moment you become the avocado.

Look: we can’t predict the future.

Yet adding value to people’s lives and genuinely solving people’s problems are going to take you much further than any fleeting tactic.

And yeah, it’s easy to get bogged down as we find new ways to adapt.

It’s frustrating, but part of the process.

As long as you’re focused on value and being that delicious presence in the eyes of your prospects, you're on the right track.

Just focus on the fundamentals.

Ready to build a long-term business based on providing value?

What value are YOU going to provide to your prospects?

Don't worry if you’re not 100% sure how to make your ads or offers stand out.

Chances are, you just need a bit of inspiration and a kick-start to get your prospects pumped about what you have to say.

And hey, if you want to figure out some fresh ways to create value-added advertising to drive traffic to your business, we have something just for you.

Here at Elite Marketing Pro, we've put together a step-by-step tutorial that reveals our exact advertising process in a 100% FREE online workshop, hosted by none other than Tim Erway, our co-founder and CEO, who's responsible for generating over 30 million dollars in online revenue (and counting).

(Including a few timeless strategies the likes of John Deere, Michelin, and Jello used to make millions.)